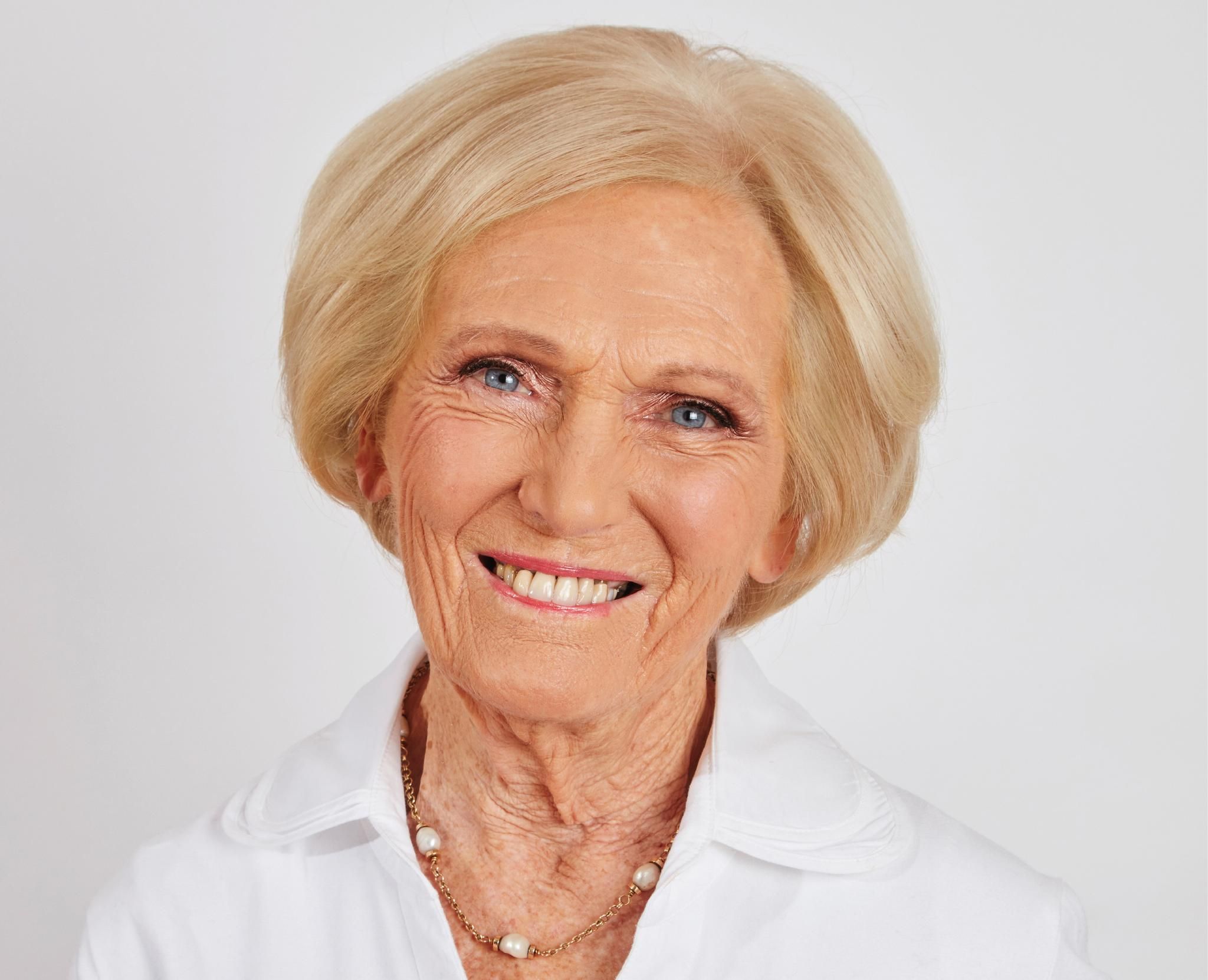 Mary Berry trained at The Cordon Bleu in Paris and Bath School of Home Economics. In the swinging '60s she became the cookery editor of Housewife magazine, followed by Ideal Home magazine.

Her first television series Afternoon Plus with Judith Chalmers came out in the early '70s and was a big hit with a lot of British mothers. Three children later she continued through the '80s writing books and filming television series for BBC from her home in Buckinghamshire.

She started the '90s by launching her Aga Workshops, a cookery school at home, with over twelve thousand visitors over sixteen years. In the mid '90s her daughter Annabel launched Mary Berry's Salad Dressing.

Since the millenium Mary has continued to do demonstrations, write books and do media work. Most noteably she has been a judge on The Great British Bake Off, The Junior Bake Off, Comic Relief Bake off and Sports Relief Bake Off  from 2009 to 2016.