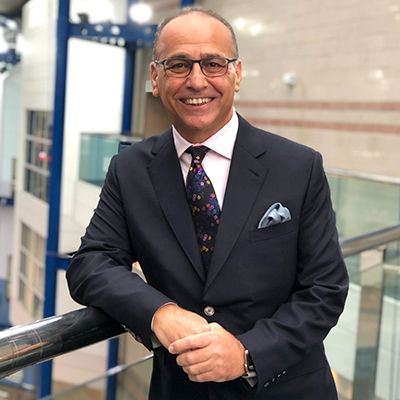 Cypriot born Theo Paphitis has a business empire that spans retail, property and finance. He left school at 16 with no qualifications due to his dyslexia, but soon discovered his passion for retail working for Watches of Switzerland - and the rest is history.

He has been in retail for over 40 years and in that time bought and revived the fortunes of the likes of Ryman, La Senza, Contessa, and Robert Dyas and launched global lingerie brand Boux Avenue in 2011. In 2016 he added The London Graphic Centre to his portfolio.

Theo is also known for his 8 years as Millwall Chairman, as well as many TV appearances, including most notably as a long-standing Dragon on the BBC's Dragons' Den.  He supports several charities, through his Theo Paphitis Charitable Trust, and is also Chancellor of Solent University.